Be sure to book early for any of our pregnancy testing services- our books fill fast and we hate not being able to work in when suits you.

Chat to your neighbours- we can reduce travel costs if we get a run of jobs out in one area, so see if you can work together.

Conception rates are always a hot topic when we are out preg testing- it’s always good to know how good your rates are compared to the districts.

When we are discussing poor conception rates amongst cattle, there are a few we do see reasonably commonly which often are near the top of our differential list. 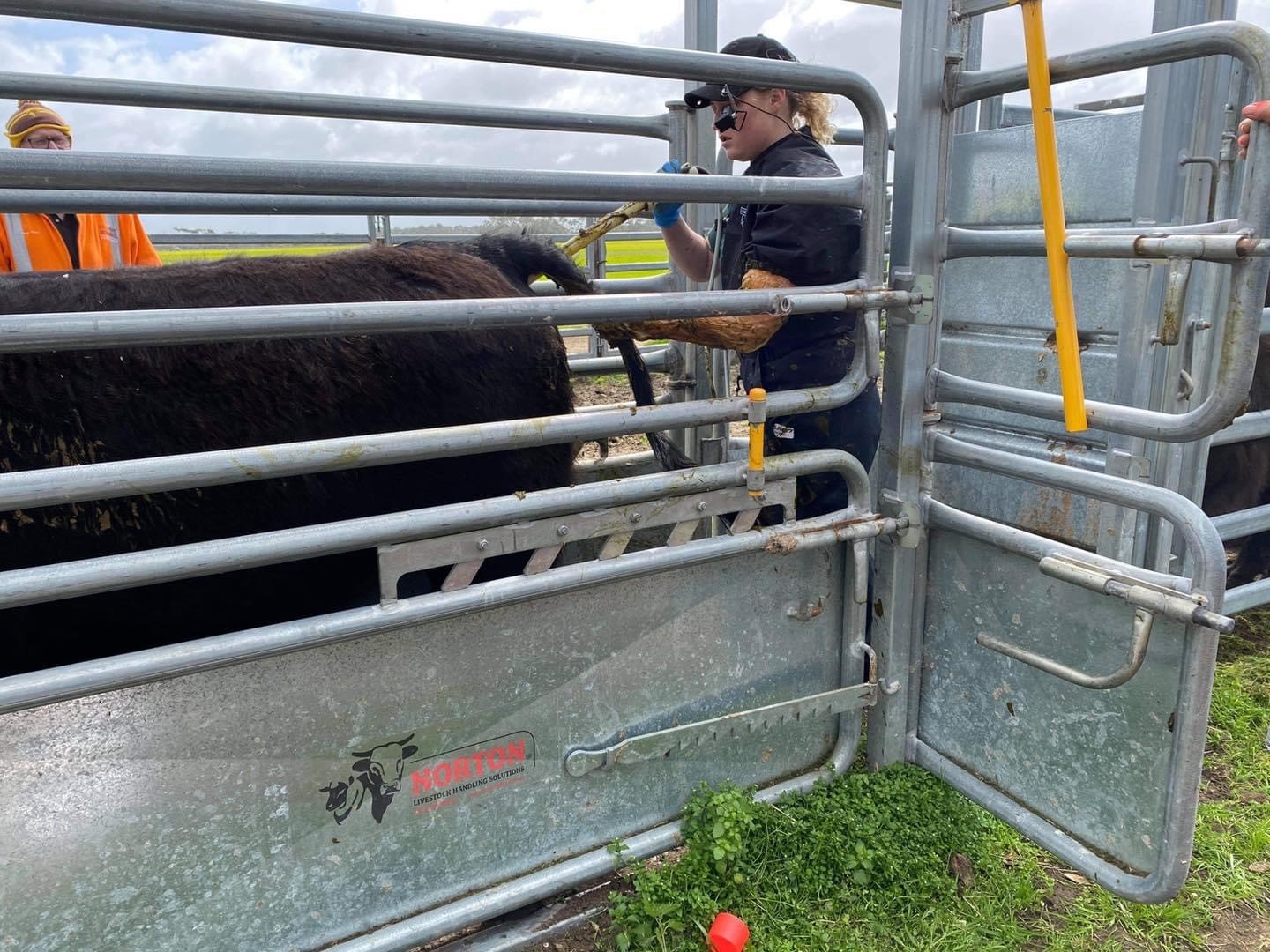 Pestivirus has been noted by the MLA to be the second most costly endemic condition to the Australian beef industry. While losses aren’t exclusive to reproduction based results, they certainly are some of the main ones we see. Early embryonic death (death of foetus between conception and preg testing), high rates of return to cycling, abortions between preg testing and calving, deformed or weak calves being born all ring alarm bells to our vets to check for Pestivirus.

There are different reports on Pestivirus being present on Australian farms, with estimates of affected herds ranging from 60-90% of the total national herd. Knowledge of your disease status is power in these situations- this helps us present you options and decide on the best management strategy for you.

This may include vaccination, biosecurity consideration, running operation changes, testing and removing, or a combination of all these. 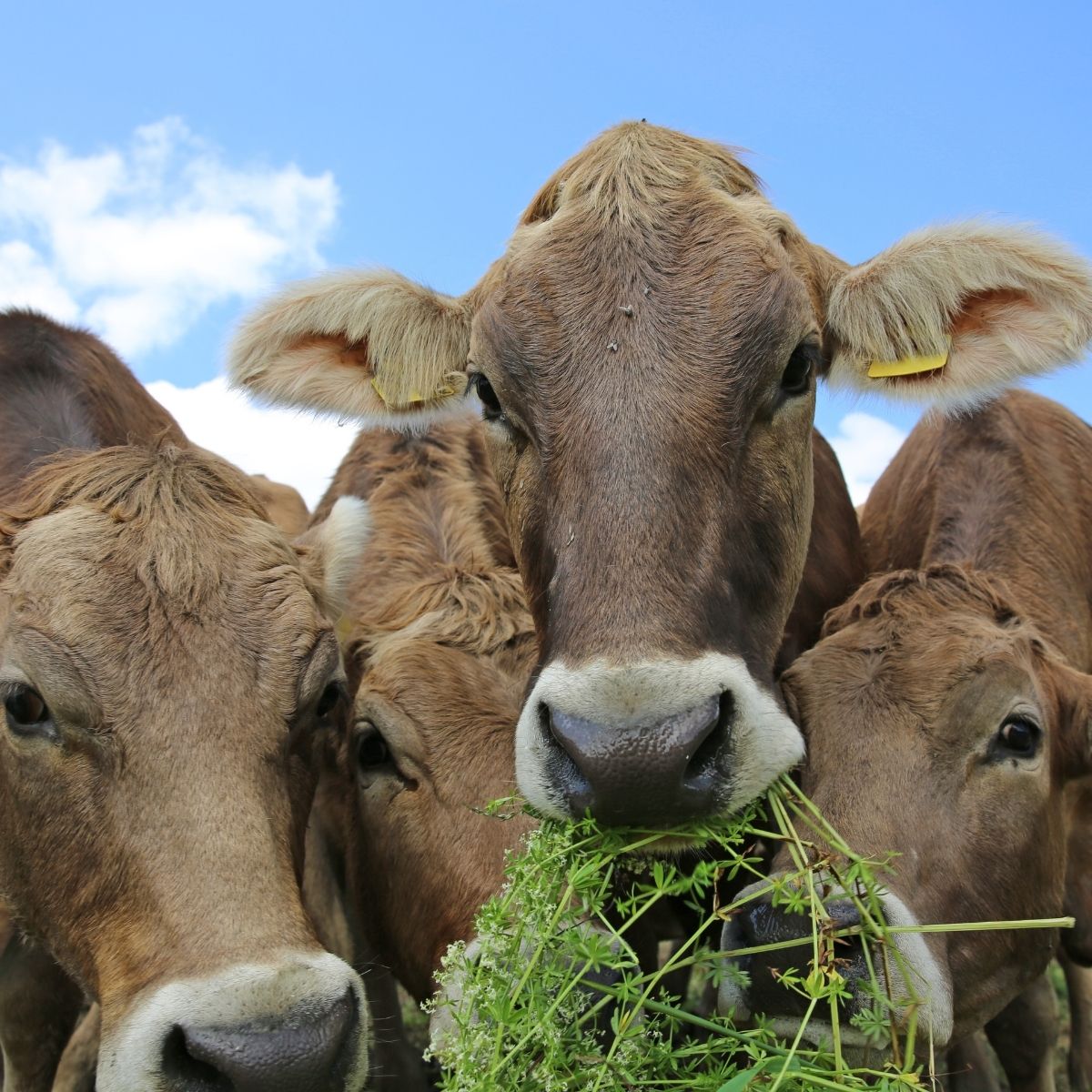 Our friendly livestock vets are always happy to book a consult and discuss what options you may have- from testing if you’re concerned you have a problem, to surveillance to check on your current status, or even reviewing your current vaccination protocol to check it is actually efficacious- there are many off-label regimens around that come with a set of risks that many producers don’t know about!

Vibriosis refers to a sexually transmitted disease in cattle caused by a bacteria that lives in the reproductive tract. It is most commonly harboured by an infected bull, in which it lives in the penis and is spread to females during mating. This causes a poor environment for the embryo or foetus to live, so either results in failure to implant and grow, or later abortion. Unexplained, early return to service of heifers and cows is the most common, and often only sign that there is an issue.

Infected heifers may pass it onto other bulls when they are being served, but female cattle will generally clear the infection after a few cycles. Bulls, on the other hand, harbour the disease for long periods of time, often with no evident ill effects. Conception rates are reported around 40% during a Vibriosis outbreak, having a dramatic effect on a beef production system.

The good news is Vibriosis can be contained if we know about it. We can use strategies like vaccination, testing, culling, treatments or a combination of these. Failure to identify and deal with it though can lead to persistent issues year after year. Calves are worth too much to be letting cows go by empty- control what we can to optimise future production in your herd. 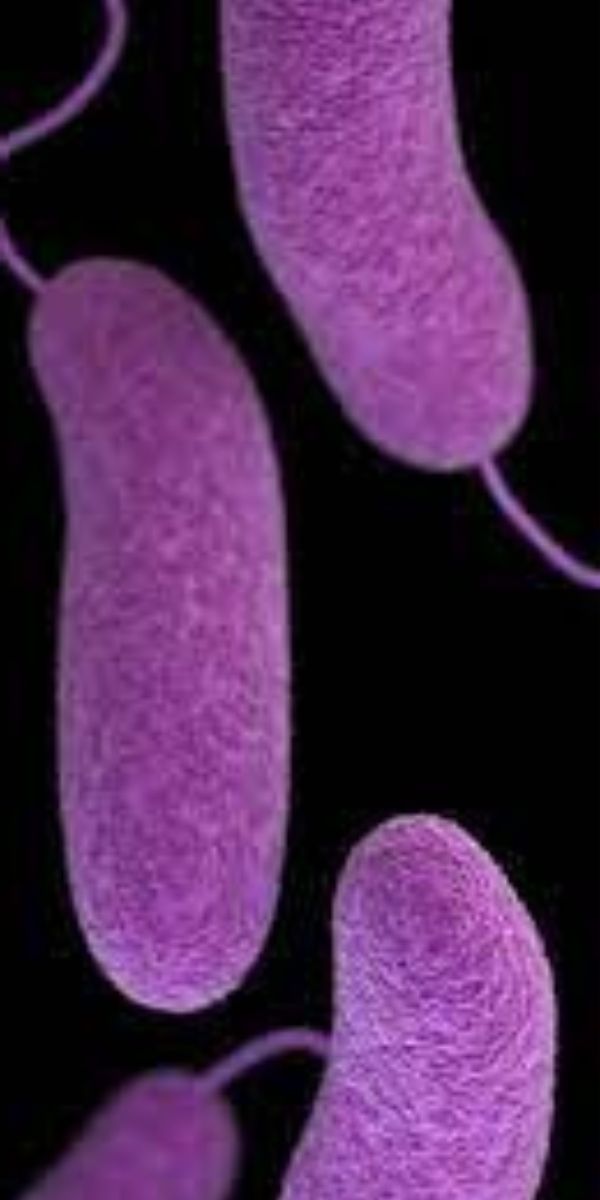 We mustn’t forget our non-infectious causes of poor fertility. Ensuring our heifers are at critical mating weight prior to joining, and on a rising plane of nutrition (increased quality and quantity) during joining is critical to ensure conception.

Critical mating weight (CMW) is the weight at which 85% of heifers will fall pregnant over a 45 day join. This varies for different breeds but generally is around 65% of expected full grown weight. It is important to note that puberty does onset earlier than CMW, which explains why some heifers who are below CMW can and do fall pregnant sometimes when they see a bull. CMW is a point that indicates reliable and regular cyclicity in a heifer, which is what we need in a managed joining window, and what we want when we are setting up and maintaining the productivity of a cow ongoing for the rest of her life.

How do we control this? Taking sets of weight data between weaning and joining is critical, to help us know if they are on target to meet CMW, and give us the opportunity to intervene if they aren’t going to. 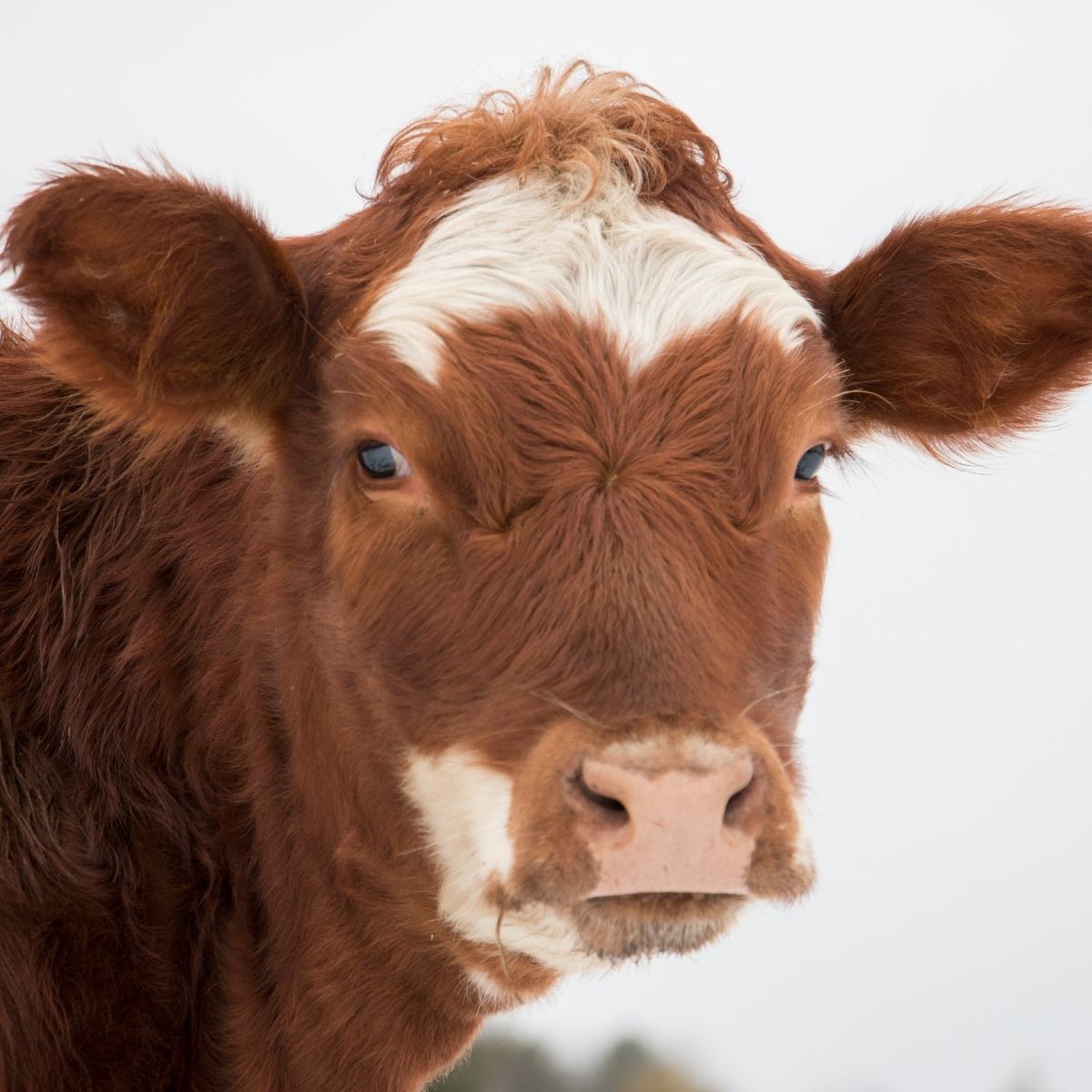 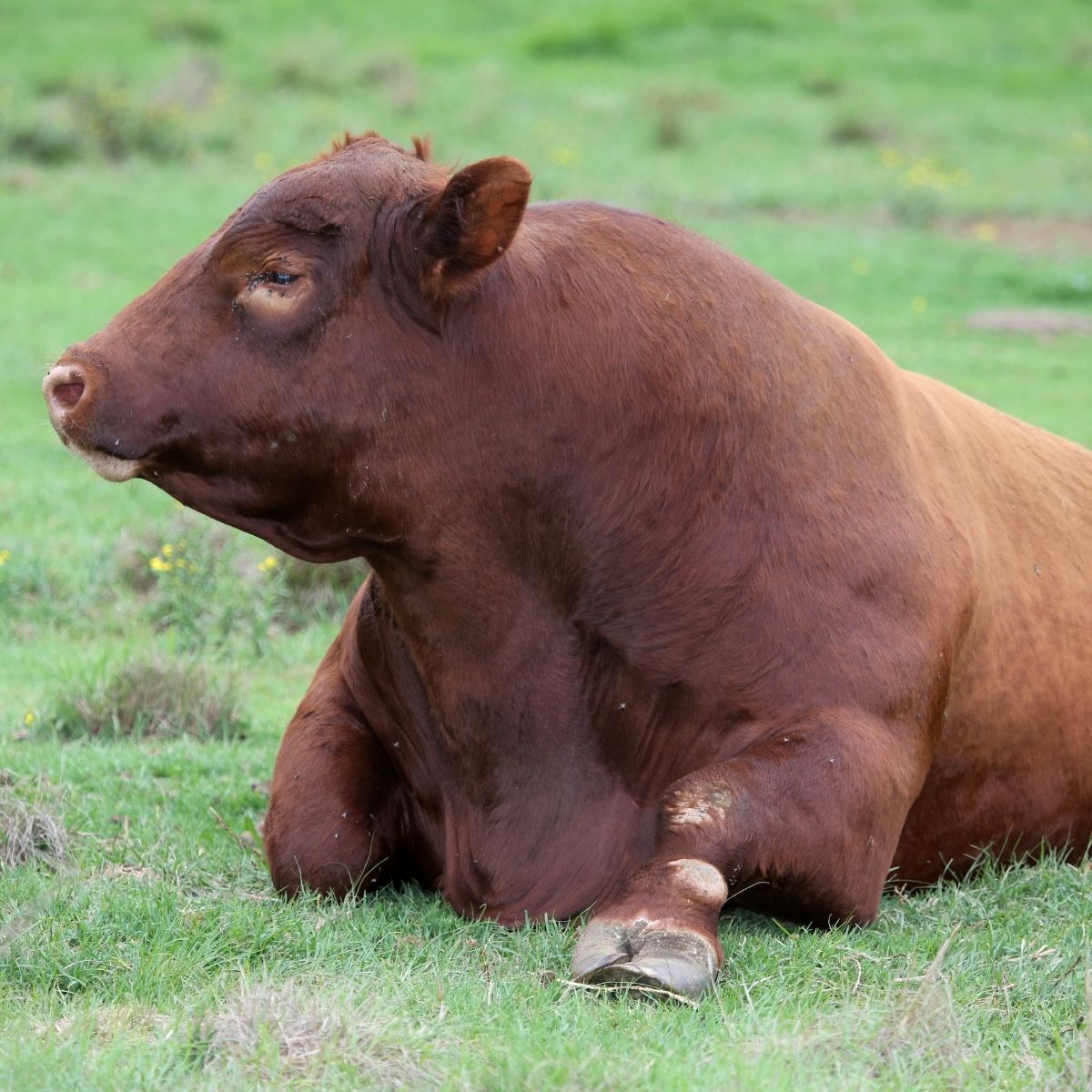 This may be due to traits of the bull- including semen or structural characteristics- or something acquired before or during joining- like an injury or illness.

Our Veterinary Bull Breeding Soundness exam is our best preventative and way to control what we can- see below for a run down on Pre-breeding Bull testing.

There are many other causes of poor fertility too. We always recommend a work up in poor conception cases- in many situations, these conditions have the potential to cause ongoing issues if not identified or addressed.

It is important to note, too, that some causes of poor conception rates or widespread abortions not listed here have potential to infect humans, so are worth ruling out when we are seeing a widespread issue.

A veterinary bull breeding soundness examination (VBBSE) assesses structure, gait, lameness and external and internal reproductive organs, as well as a crush-side semen analysis to check the bulls are in full working order prior to joining. We also have the opportunity to send semen samples away to the lab for morphology assessment. These exams are recommended for all working bulls prior to joining, to minimize reproductive losses and maximize number of calves on the ground.

We need to be addressing this earlier rather than later, to let any ailments heal, and to allow time to purchase more bulls if needed to replace or increase herd size. Some producers will choose to test before the summer/autumn bull sales to give themselves a practical and well guided opportunity to purchase new sires if required. A faulty bull having the potential of costing an average producer around 40 calves, so a pre-breeding check works out to be an insurance policy that you really cannot afford not to have. 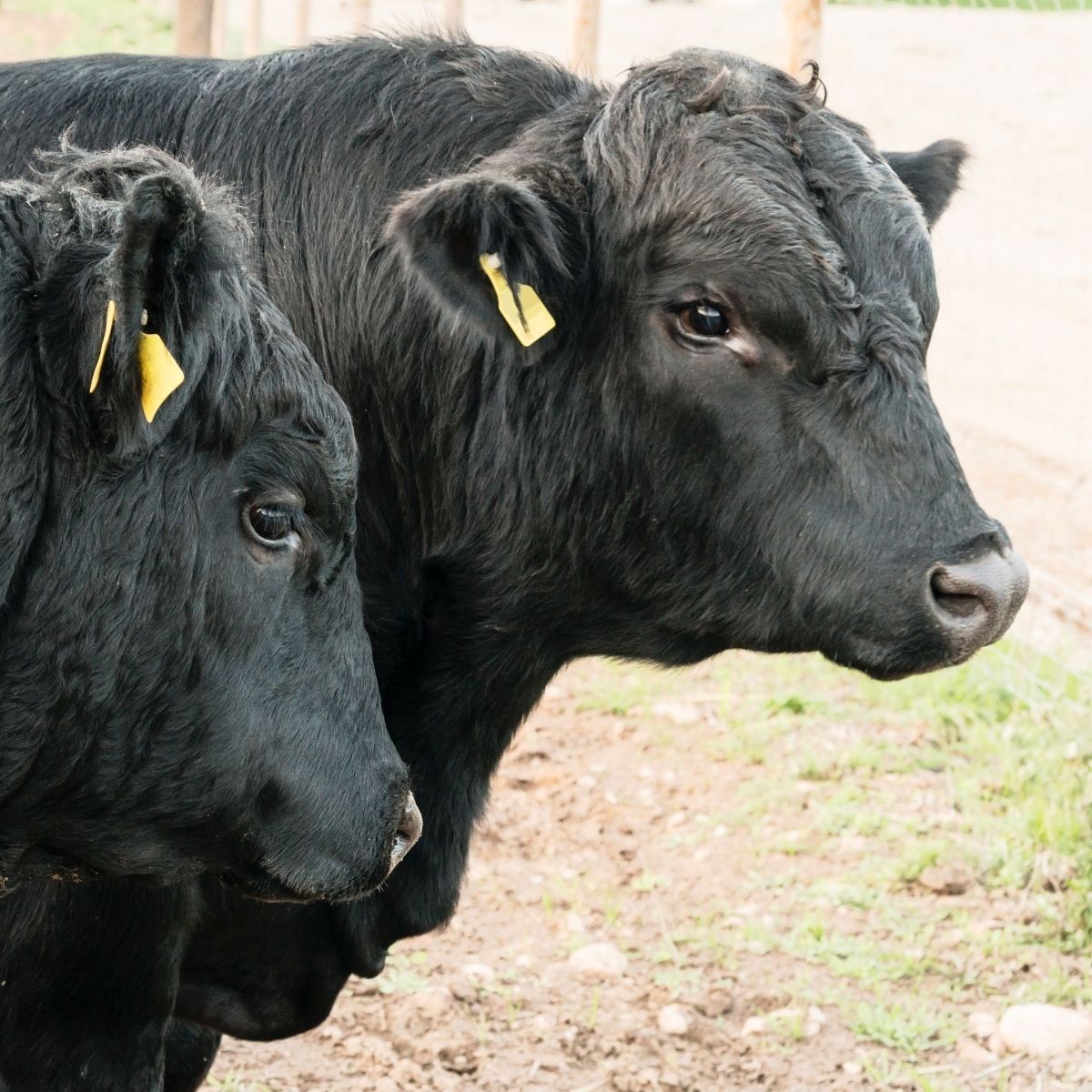 Please phone the clinic to make your booking or with further questions.

Many of our autumn lambing producers will have joining happening in no time at all. While we covered using teasers in our last newsletter, it is time to think about the rams and ensuring they are in the best condition for their upcoming work.

These inspections should occur a minimum of 6 weeks prior to joining, to allow time for healing and return of proper semen production in rams that need health issues addressed, or for you to replenish ram numbers in any that need to be culled or rested for the season due to their ailments.

We do have the availability to do pre-breeding semen checks on rams, which is something many clients will do following a significant issue with a ram- like flystrike, or a bad foot abscess.

A general physical examination, condition assessment, checking of teeth, toes and testes are all critical in the most basic of ram assessments. This is also an ideal time to conduct brucellosis blood testing, to help ensure that one of the most common fertility issues that affect our sheep is not present on your farm. This is something we recommend for stud set ups and commercial flocks alike as it’s such an easy way we can maximize the number of lambs on the ground at lambing. 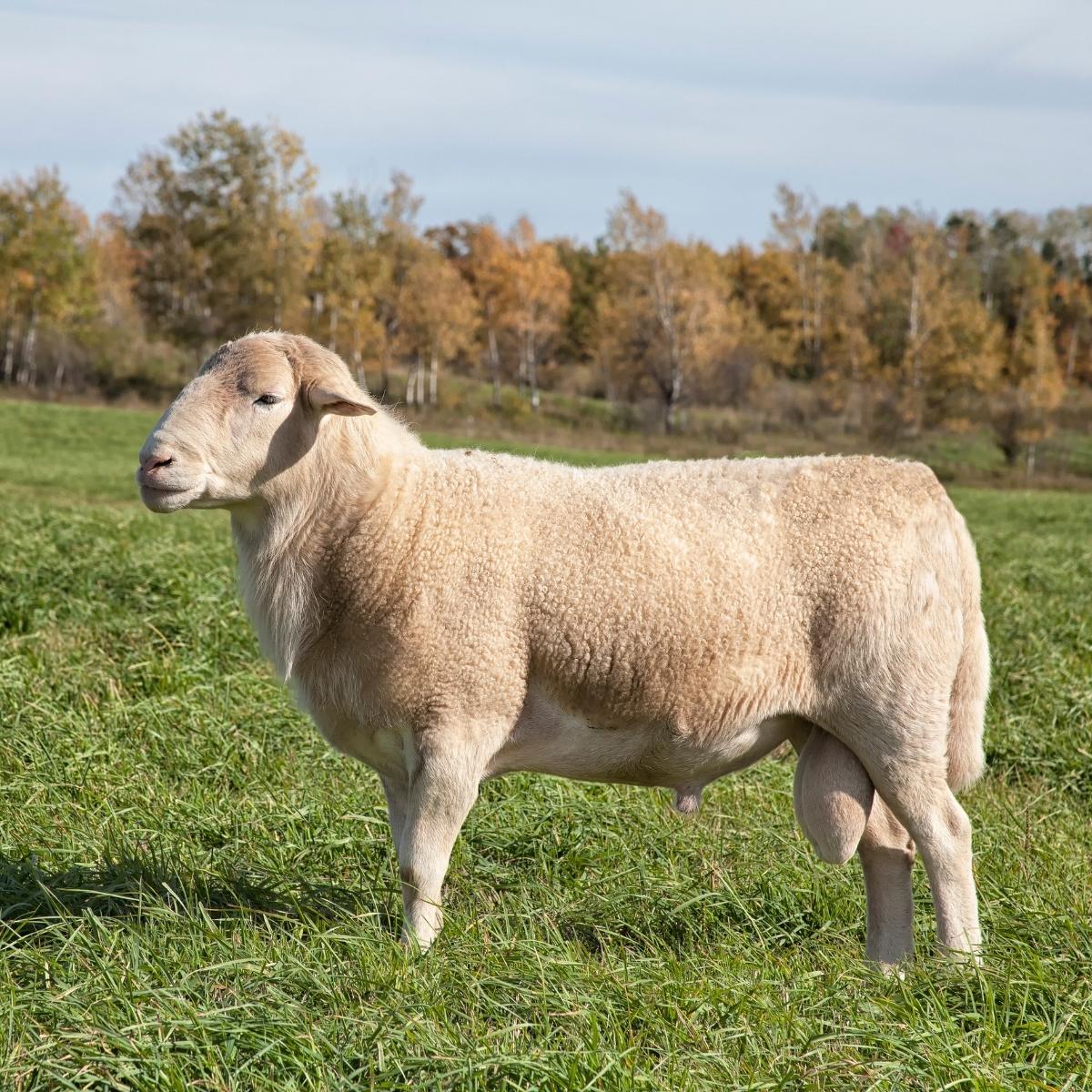 Our livestock vets are always happy to help advise on such a program, or come out and assist- this is a great job to be doing to fulfill our annual on farm visit requirement for dispensing drugs.

Vitamin B1 deficiency or PEM

Our clinic has been diagnosing a lot of PEM recently – a disease also called “star gazers disease”.

It is a tricky, multifactorial condition, which we thought we would outline in this summer’s newsletter.

PEM refers to a Vitamin B1 or “thiamine” deficiency, which can occur in both sheep and cattle.

There are a two main ways this can occur.

1: True thiamine deficiency, or not enough thiamine (B1) in the body, which may happen in the following ways: 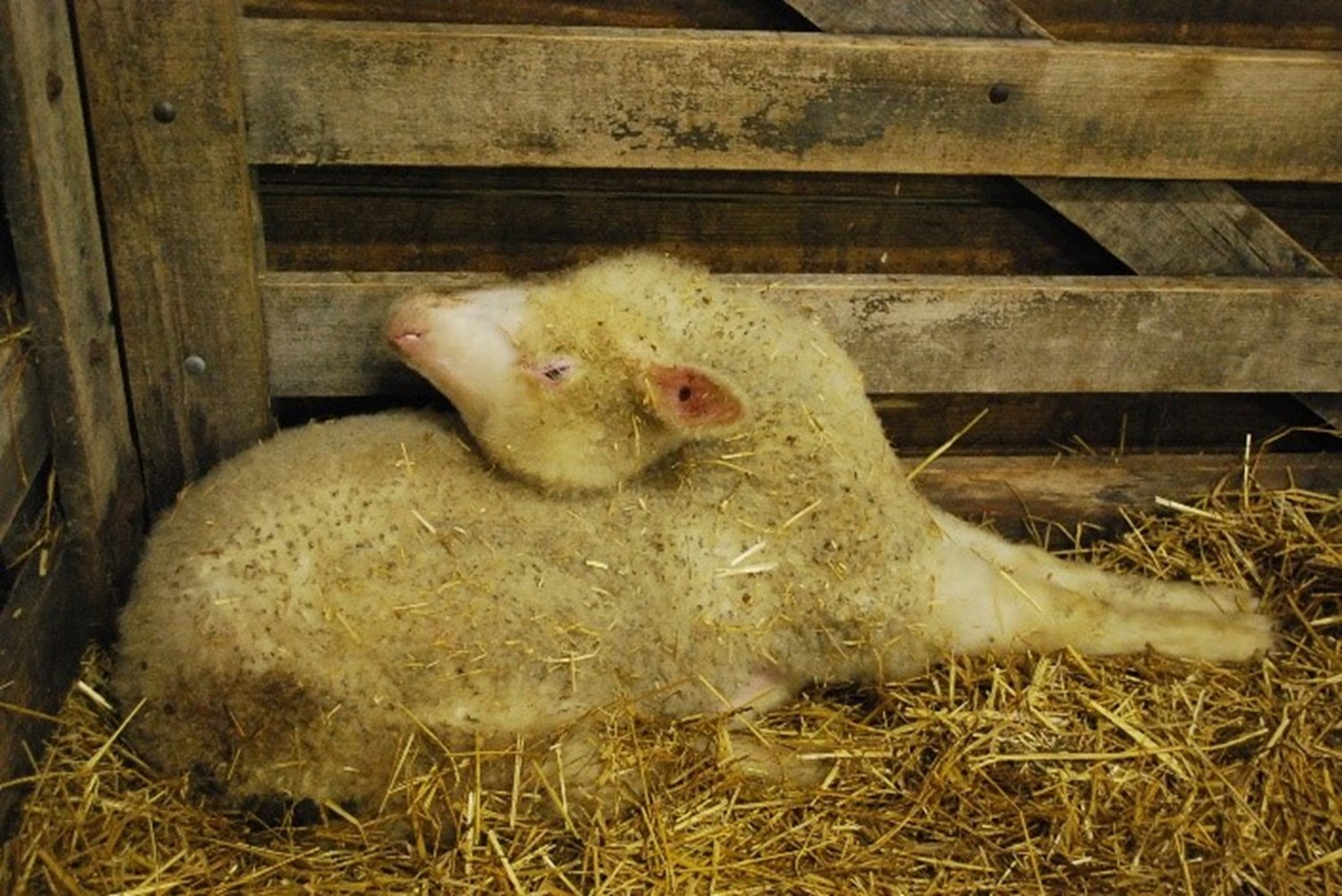 Affected animals initially appear dull or blind. Some incoordination is noticed, and they will often stand with their neck craned toward the sky (as if they were star gazing). Some may also stare at the ground. If left untreated, these will progress to tremors, convulsions on the ground and death.

What can you do if you’re suspicious of PEM in your flock?

Get on the phone to us!

We often recommend a consult in these cases to ensure we rule out other causes of disease, but we will always make a plan with clients as required. In most cases, we look to supplement the thiamine with either oral or injectable supplements.

We may also treat for other conditions, like dehydration or inflammation too where indicated. arly intervention is always best. Some cases may deteriorate very quickly, and while we always like to save them, don’t discount those that are fresh dead or beyond saving- we can often get great answers from a post mortem in cases like this and are lucky to work closely with our local government to get subsidies to workups where possible.